If you can stretch your mind back to 1996, you may remember that there was a story that went worldwide about a man who had breast implants to win a £100,000 bet with his friend. But where is he now and does he still have them? 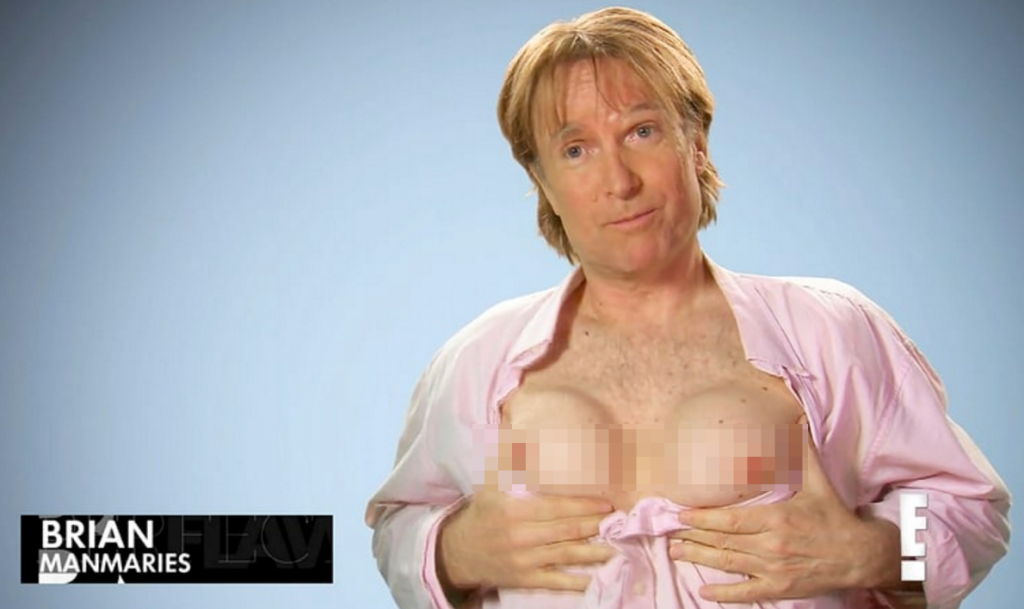 Canadian Brian Zembic is the man in question and is now 55 and living in Canada. He has a history of outrageous bets and wagers and has in the past lived in his friend’s bathroom for a month and slept under the 59th Street Bridge in New York for a week with $10,000 wrapped around his ankle all just to win bets with friends. The boob job bet came about after a conversation with two friends in Europe.

“I was in some restaurant in Europe and I was with two friends and his girlfriend at the time was flaunting her boobs and I said to my friend: “If I had boobs like hers I could get just as much attention as she would.”

Soon after, Brain’s friend came up with the wager. Would Brian have a boob job and keep his new boobs for a year for $100,000? Brian accepted and even used his wagering skills to find a fellow gambler who would put the boobs in for free following a winning game of backgammon with the surgeon.

“I played backgammon with him for an hour; I won $5,000. Boom, surgery was for free, and I woke up with boobs. They really did look nice, and now I can see why women do certain poses, like push the boobs together, turn the twist to make the boobs look nice.”

Staggeringly, even though he was only required to keep them for a year to win the bet, he still has them to this day. Talking to the magazine Maxim, he said:

“I got lazy, I was busy gambling, and, honestly, they grew on me. Plus it hasn’t hurt my ability to get girls. They don’t give a s**t.”

However, Brian now feels it is the time to get rid of them and viewers can see Brian on the latest episode of the E! Reality TV series Botched where he asks leading cosmetic surgeons Dr. Terry Dubrow and Dr. Paul Nassif to help rid him of his implants.