According to the latest research from the Transform Cosmetic Surgery Group, British women’s breasts are generally getting smaller as many women go for the ‘gym body’ image over the supersized breast look.

However, this hasn’t had a huge impact on the industry, with the number of breast augmentation operations rising steadily across the UK. However, the average breast size that is achieved through breast augmentation surgery has decreased substantially, from a huge size F down to a more modest size C. The other interesting shift in focus is the move away from the ‘plunging cleavage’ through to the ‘sideboob’, how the breasts look from the side. 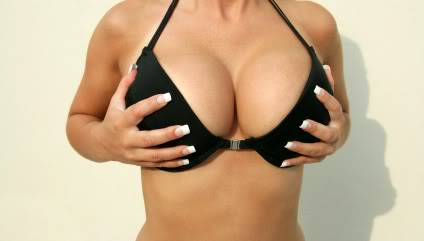 Although the size of breast implants has reduced across the UK as a whole, in the north of England, bigger still seems to be best. According to the statistics released by Transform Cosmetic Surgery Group, women in Hull want the biggest breasts, and women in the north generally choose cup sizes one bigger than their southern counterparts. The parts of the UK choosing the smallest cup sizes are at opposite ends of the country, Newquay in Cornwall and Edinburgh in Scotland.

Manchester is the most popular place to get a breast augmentation operation in the UK, with over 15,000 pints of silicone being pumped into breasts across the city compared to second place London’s 11,000. This makes the Manchester the breast augmentation capital of the UK. This may not be too surprising with a large number of premiership footballers and their WAGs living in and around the city and the building of Media City at Salford, making it the main hub for films, TV and entertainment outside of the capital.

“It is fascinating to see how women’s views of the perfect body shape have developed in a decade and how the celebrities they have referenced most during consultations with our surgeons have changed.”

Whilst we may have seen an overall drop in the size of boob jobs, demand for breast augmentation has never been bigger and is growing year-on-year.